After a mid-week decline, the Aussie dollar has been able to recover slightly as we close out the week. While global factors continue to have a significant impact on the value of the AUD, domestic data and an interest rate cut were the main catalysts behind this week’s currency fluctuations. With the weekend’s respite in sight, one AUD will buy you:

If you need some foreign currency, be sure to add Rate Move Guarantee to your purchase in-store. It’s free, and if the rate improves within 14 days of purchase we will refund you the difference!*

On Tuesday the Reserve Bank of Australia followed through with market expectations and cut interest rates by 25 basis points to 0.75%. Afterwards, RBA Governor Philip Lowe said that full employment was the central bank’s critical economic objective. He indicated that the RBA would do whatever it takes to get unemployment to 4.5%, despite the current rate of 5.3%. His statement made it clear that the RBA would consider all means necessary to get the Australian economy on track, including the possibility of 0% interest rates, an otherwise unprecedented move in Australia.

Tuesday’s interest rate decrease and accompanying speech put downward pressure on the value of the Aussie Dollar. However, yesterday saw the release of Australia’s August trade data which showed a surplus of $5.926 billion. In addition to this, there was a lift in base metal prices - one of Australia’s most significant exports.

As a result of this data, the AUD saw some upward pressure and out-performed most major currencies. While this is undoubtedly great news, the Aussie economy is definitely in a bit of a pickle, and we have a significant journey to get back on track. Part of this journey will, most likely, include downward pressure on the value of our currency. If you have an overseas holiday planned, it is worth keeping an eye on rates to ensure you are maximising your holiday cash when the AUD is doing well.

While the AUD has seen a last-minute uplift, the USD has declined for the third day in a row off the back of weak data.

The key data point was the non-manufacturing ISM, which surveys the broader services section of the economy. This fell below market expectations to 52.6 and is the lowest level seen since 2016.

Today (US time) will also see the September non-farm payrolls report released. Markets expect to see that US employment has expanded by 140,000 jobs. Should this not be the case, there is an increasing chance that the Federal Open Market Committee (FOMC) will cut US interest rates.

While a cut to US interest rates is generally good news for the Aussie dollar, the weakening of the US economy is not promising. The global economy as a whole is not doing too crash hot at the moment so, foreign currency aside, we generally want all countries to see improvements in their data to avoid the prospect of another recession.

On Wednesday British Prime Minister Boris Johnson submitted his latest Brexit proposal to the European Union. The most significant point of change and contention is the Irish border. Johnson plans to create both a customs and a regulatory border between Northern Ireland and Great Britain, going against Theresa May’s promise to avoid physical border checks.

There have already been several responses to Johnson’s latest proposal, most of which aren’t glowing reviews. European Commission President Jean-Claude Juncker said the plan “has numerous problematic points”. European Union Council President, Donald Tusk, said he is “still unconvinced” about the new Brexit proposal. Further, members of the European Parliament, a.k.a those who will ultimately approve the deal, noted: “The UK’s proposal falls short and represents a significant movement away from joint comments and objectives”. Sheesh.

Initial comments aside, the EU will continue to work with the UK over a deal. Should they not reach common ground and approve an agreement by October 19, Johson is required by UK law to request an extension. However, Johnson has made it very clear that Brexit will happen on October 31 with or without a deal.

As always, the pound continues to be impacted by changes in confidence around Brexit. As we dive into October with less than 30 days until the deadline, there is no doubt we will see some turbulence in its value in the coming weeks.

This blog is provided for information only and does not take into consideration your objectives, financial situation or needs. You should consider whether the information and suggestions contained in any blog entry are appropriate for you, having regard to your own objectives, financial situation and needs. While we take reasonable care in providing the blog, we give no warranties or representations that it is complete or accurate, or is appropriate for you. We are not liable for any loss caused, whether due to negligence or otherwise, arising from the use of, or reliance on, the information and/or suggestions contained in this blog. All rates are quoted from the Travel Money Oz website and are valid as of October 4 2019. Terms and conditions apply to Rate Move Guarantee.

How Much Money Do I Need To Travel Southeast Asia

AUD News: Hold the phone - there might be a Brexit deal? 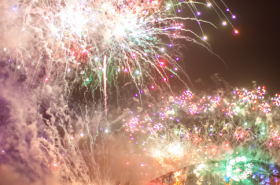 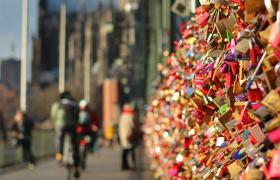 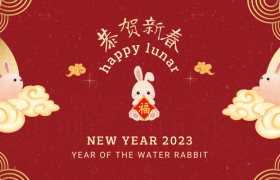 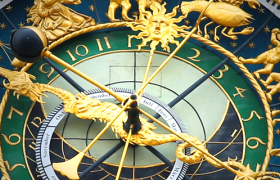