The History of Money around the World

Money is such a curious concept. We all have these polymer notes or plastic cards in our wallets that, ultimately, define how comfortable we are in everyday life. As a society, we have assigned values to different colours of the same polymer and were like 'yep, you can buy a t-shirt with the red one but probably not the purple one'.


Bank accounts are even stranger. A simple number determines what and how much you can buy, even though you can't see or touch the cash. As a society, we trust the numbers, accepting the figure in our bank account without another thought. But, have you ever stopped to wonder where money came from, or how foreign exchange and the forex market started?

Before we dive into the history of money, let's chat about money as a concept. At its core, money needs to be limited - that's what gives it it’s value. Back during the realisation of money, people couldn't just use leaves or grass as a form of payment because everyone had some, which meant it wasn't worth anything. Gold, however, was.

Gold is a scarce resource, is relatively difficult to mine and can't be easily replicated. People were happy to take gold in exchange for a good or service because it was valuable. Eventually gold became too heavy - hence the introduction of notes. Notes are easy to make, though, so why don't they print more? Well, printing more notes makes it easier to obtain, thus reducing the value. Too much money in the market will decrease its value and, ultimately, cause inflation. Make sense? Alright, let's check out the history of money around the world.

Ancient civilisations and tribes used bartering, or trading, instead of money. Both parties had to bargain until they were happy with the deal. For example, a farmer wasn't going to trade a sheep for a loaf of bread, as a sheep is worth far more than a loaf of bread. Back then, there was a rudimentary concept of value attached to goods and services.

This concept evolved into a primitive currency, as individuals saw the most value in salt, weapons and animal skins and hence used them as the key trading elements. The value of each resource still varied based on seasonality and geography, though.

China was the first region to migrate from trading weapons and tools to mini bronze replicas. Sounds cute having a few mini swords and a tiny hammer in your pocket, but people kept stabbing themselves, so these replicas morphed into coins with an image of the tool printed on the front. Finally, people could reach into their pocket and feel the gentle embrace of a round side as opposed to having tiny swords invade the tender gap between their nail and finger. Ouchies. 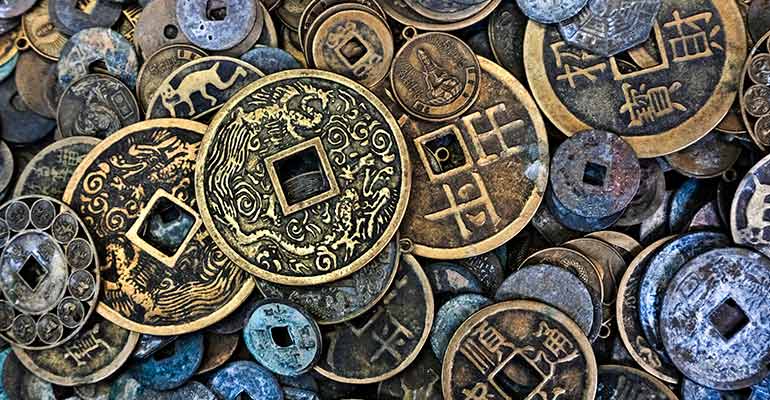 While China was the first to use coins, Western Turkey was the first actually to mint them in 600B.C. The first Turkish coins were made of gold and silver, and were stamped with pictures to show denominations. These pictures originally depicted animals and scenes, before eventually showing Emperors and Kings - naturally.

The Chinese were the first to implement paper money in 200B.C. while Europeans continued to use coins until the first century. The key reason for the transition in Europe was the ease of use; coins were heavy and became a hassle for individuals and bigger trade deals. This shift to notes not only opened up the world of trade but triggered the beginning of foreign exchange.

Evolution of the Foreign Exchange market

Wealthy families, banks and the ruling classes began purchasing international currencies as a means of safeguarding their own wealth and diversifying their securities. Similar to the current market, currency value was highly influenced by government stability and the resources held by each country.

The foreign exchange market has changed a lot since the first conception. From 1879 to 1934 the gold-exchange standard prevailed, which valued currencies based on how much gold the country could buy. Countries could only issue more money if they obtained more gold, which became an issue if they weren't competitive in the global market. Inability to procure gold hurt economies, as the decreasing money supply led to lower employment, smaller incomes and an overall slower economy.

After WWII, another method was introduced by the allied nations and, in 1944, the International Monetary Fund was created. The Adjustable-Peg system of exchange was added, and the USD was fixed at $35 per ounce of gold. All other currencies were then valued in terms of gold or the USD. Unfortunately, this system weakened in the 1960s as foreigners accumulated USD from post-WWII aid and export sales to the USA.

The Adjustable-Peg system was eventually abandoned in 1971 when President Nixon announced the USD would no longer be converted to gold. This allowed the exchange rate to float, dawning the floating exchange rate system that we still use today. This system is underpinned by forces of supply and demand and allows countries to manage their domestic economy through monetary policy like interest rates.

Money as we know it today

After the introduction of notes, the evolution of money was centred more around materials used for currency as opposed to entirely new methods of payments. This was until debit and credit cards came along, and technology opened up a world of different ways including ApplePay, Bpay, direct deposit and everything in between. The recent introduction of cryptocurrency and the blockchain have revolutionised money once again. 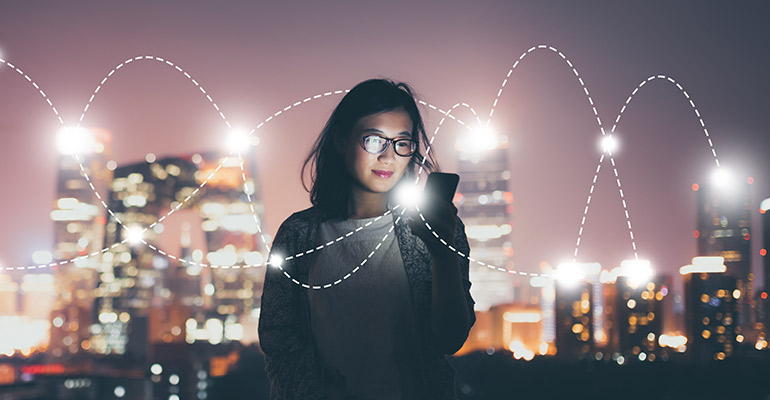 The internet has opened up a world of payment opportunities.


Internationally, not all countries are on the same playing field as western nations like Australia, the USA and Europe. A large part of the Asian and African subcontinents still rely heavily on cash, and some remote tribes will even barter for goods and services. We have witnessed a considerable divide in how money and the method of payment are conceived around the world. While advancing technology is reducing this disconnect, many question if we want to lose the authenticity of simpler money options in these countries.

As a traveller, understanding the peculiarities of each country's money is part of the fun. Money, and the customs built around it, have such a substantial impact on each culture. Furthermore, learning and understanding different methods of payment have a significant influence on how people travel and exchange their cash. For example, you can easily get through a holiday in London with nothing but your debit, credit or prepaid travel money card like the Travel Money Oz Currency Pass. In the Philippines, however, you are lucky to find a vendor that will accept a larger note denomination, let alone a card.

At Travel Money Oz, we have no idea what the future of money will look like. I mean, we have a fair few ideas that all centre around the progression of blockchain technology and the transfer of data, however, no one truly knows what money will look like in the next 10, 20 or 50 years.

We are, however, experts in foreign exchange and how money is used around the world. We are more traveller than banker, and our travel money experts will ensure you're taking off with enough information to understand the quirks of international currency alongside a travel budget that meets all of your needs.

Keen to learn more, or need to exchange your cash? We're ready when you are.

How much money do I need to travel to South America?

How Much Money Do I Need To Travel the USA?
Destination Essentials
12 July 2019
Using the holiday budget calculator is super easy. Page 1
Read Time: 8.0 mins