Learn, you will: A guide to intergalactic currencies

What’s shiny, good as gold, and your guide to all things currency etiquette in the Star Wars universe? It’s not C-3PO; it’s this Star Wars currency guide, written by someone that knows very little about Star Wars but a fair bit about foreign currency.

A long time ago, in a galaxy far, far away … aka, a few months ago on planet Earth, my boss saw that the latest Star Wars movie, The Rise of Skywalker, was being released mid-December. So he said, “Hey Abbie, you wrote a cool blog about The Avengers and the economy, why don’t you do the same for Star Wars?”

To which, I groaned like a Wookiee on the inside, but on the outside, enthusiastically replied, “Yeah, sure thing, can’t wait!”, even though I know very little about Star Wars and, in all honesty, did not care to learn more about it.

Alas, here I am, two days until my deadline, furiously researching Star Wars and trying not to get too side-tracked by baby Yoda memes. I realise that I can’t comprehend nine movies worth of content in two days, so instead I’m just gonna run with what I’ve got and hope for the best. With this in mind, strap yourself into a beginner’s guide to the intergalactic currencies of the Star Wars franchise. I don’t know a lot about Star Wars, but I do know my way around a currency or two so this should be fine. Punch it!

To begin, I’ll outline where my Star Wars knowledge sits:

Long story short, I have enough prior knowledge (and access to Google) to pull together this guide to Star Wars currency. I (don’t) have a bad feeling about this…

On planet Earth, we have 180 recognised currencies in circulation. That is for one planet. According to Wookiepedia (brilliant name), there are 50 million inhabited systems and 69 million colonies in the Star Wars universe. If each world in these systems had their own currency, things would be out of control. Wall Street traders are already stressed, imagine trying to keep tabs on millions of currencies and their pairings. No, thank you.

To alleviate this stress and generally make life easier, the Star Wars universe initially used the Galactic Credit Standard. After a lot of wars and other things that I don’t have time to care about, it became the Imperial credit, which has been the the main currency in circulation since the time of the Galactic Republic. Look at me, speaking like these are real historic events …

Just like in Australia, or any other country on planet Earth, there needs to be a central organisation to govern and hold reserves of Imperial credits. In the Star Wars universe, this central organisation is the InterGalactic Banking Clan (IGBC). Furthermore, the credit is backed by the planet Muunilinst, due to its immense wealth.

During the Clone Wars, the Republic partnered with the IGBC and a few smaller banks to keep a credit reserve and ensure their currency remained stable. However, the IGBC also backed the currency of the Republic’s enemy (I don’t know their name, sorry). During this time, the IGBC charged the Republic some pretty gnarly interest rates (I think it was 25%, don’t quote me though). At this time,  the Imperial credits also witnessed significant inflation.

Towards the end of the Clone Wars, the IGBC was on the verge of bankruptcy due to a fair bit of corruption. A new fellow called Senator Rush Clovis exposed this corruption. A few other things happened, mainly a lot of shooting, but in the end, the Muunilinst continued to support the Confederacy (I think these are the bad guys I was talking about above).

While the Clone Wars were happening, many citizens were understandably worried about their effect on the galactic economy. Wars cost money and can potentially cripple an economy. To ease their worries and safeguard their wealth, many planets outside the core and inner rim began minting their own currencies. Things got out of hand, and at one point, the IGBC was recognising 22 new currencies each day. All of these currencies were, of course, managed by the Intergalactic Currency Exchange system. Meanwhile, the Empire was still chugging along using Imperial credits.

In addition to other currencies, commodities were also used as a means of bartering. The nova crystal was used so frequently that some considered it money in itself. Further to this, bartering and gambling are also at play. For example, in The Phantom Menace, Anakin was a slave and won a pod race so was free to go on his merry way and become Darth Vader – do we wish he lost instead? I don’t know.

So, right now, the Galaxy is hella unbalanced. New currencies are being created left, right and centre, people are winning races, and trading stones and things are just very confusing. This disorganisation impacts individuals severely, as currencies are losing value (inflating), and some people won’t accept Imperial credits.

Finally, after what I assume was a lot of fighting and Storm Troopers, everyone united under the Imperial credit, with a few Outer Rim Territories using the wupiupi.

Quick recap: Things went cray cray during the Clone Wars, and every man, alien and his ewok were creating currencies. This was super confusing, so pretty much everyone regrouped and used the Imperial credit again.

Let’s drop some facts about the Imperial credit

How much is an Imperial credit worth?

This is a tricky question to answer, and not just because I have a minimal idea of the Star Wars universe. What we do know is that the value of the Imperial credits inflated significantly. 10,000 credits used to buy you the Millennial Falcon of your dreams and now 5000 credits wouldn’t even cover your fuel to get from A to B.

The Youtube Channel Generation Tech put together a cool video that essentially figures out the value of Imperial credits relative to the United States dollar.

They compared the cost of goods like food, weapons and vehicles in Star Wars to that in the USA to get a vague idea of the exchange rate. What they found was that, after accounting for inflation, 1 USD would buy you around 1.44 Galactic Credits. The video is super informative, so definitely check it out if you are interested.

Even though the Star Wars universe is fiction, it is interesting to see that everyday metrics like inflation, central banks and foreign exchange can be applied and understood amongst the shooting and lightsabers. Should future generations ever begin trading with our intergalactic neighbours, we can definitely use Star Wars as an example of trade.

Unfortunately at Travel Money Oz, we don’t sell Imperial credits. We do, however, have plenty of travel money experts that are ready to help you with a foreign currency solution tailored to your holiday. Likely, some will probably know a lot more about Star Wars than me too.

Apologies if I’ve butchered the Star Wars franchise. I promise I got a few educated Star Wars watchers to read this (I told them, ‘Help me, you’re my only hope,’) and they said it was alright.

In the words of the wise master, Obi-Wan Kenobi, “I have taught you everything I know. And you have become a far greater Jedi than I could ever hope to be.”

May the force be with you.

I've repeatedly said that I have no idea what I'm talking about, so it's your own fault if you take what I've said as gospel. This is a fiction article intended for reading while procrastinating from work or passing the time on the train home. Long story short, buy your foreign currency from Travel Money Oz and go and see the new Star Wars movie. This blog is provided for information only and does not take into consideration your objectives, financial situation or needs. You should consider whether the information and suggestions contained in any blog entry are appropriate for you, having regard to your own objectives, financial situation and needs. While we take reasonable care in providing the blog, we give no warranties or representations that it is complete or accurate, or is appropriate for you. We are not liable for any loss caused, whether due to negligence or otherwise, arising from use of, or reliance on, the information and/or suggestions contained in this blog.

2020: How to maximise travel in the new decade 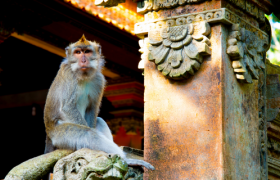 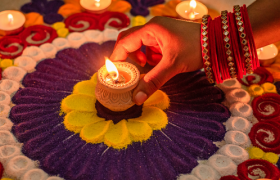