Ever considered whether your card would be accepted in Turkmenistan, or how much cash you would need in Ashgabat?

Look, probably not, as these places are fairly off the beaten trail (and seemingly out of reach) for most Aussie travellers. We’re here to show you that this isn’t the case, and that Central Asia is a culturally rich and visually stunning region worthy of the top spot on your bucket list.

Guest writer, Claudia, explored the splendour of Central Asia for her honeymoon and has provided us with wanderlust inducing photos and stories, as well as some Travel Money tips along the way.

Think North Korea, meets Aladdin, meets the most naturally beautiful place you can conceive. That is Central Asia.

The most asked question since I’ve come back is ‘would you recommend it?’ - OMG YES. But to the right people…

Who’s the right person? Someone who doesn’t mind getting their hands dirty...and then their feet dirty...and not washing their hair for a week (normal for me?!)…But also someone who wants to be blown away. Literally off their feet.

We did an overland expedition with Dragoman – it isn’t for everyone. Big driving days, participatory camping, and long days which need plenty of patience (and snacks) - especially when you’re crossing borders. But the people it is for will love it. You’ve got 2 static tour leaders and 1 local expert who taps in and out depending on which country you’re in. Your leaders know about as much as you do when it comes to where you’re going, but they’ve got some training, good natures and google maps - so don’t worry about them! Your guide is your local expert.

Some pro tips about the area in general so you can plan your holiday like a boss.

Hands down the strangest place I’ve ever been. When I say ‘think North Korea’ - that’s about Turkmenistan. Ashgabat is a brand new city, rebuilt for the recent Asian Games, completely in white marble with a multi-billion dollar loan from China. The whole city is white and green (their national colours) including the little monopoly houses the government built their citizens...that no one lives in. Have you ever been driving along on an 8 lane highway in the middle of peak hour and seen literally no one around? No? Go to Ashgabat. 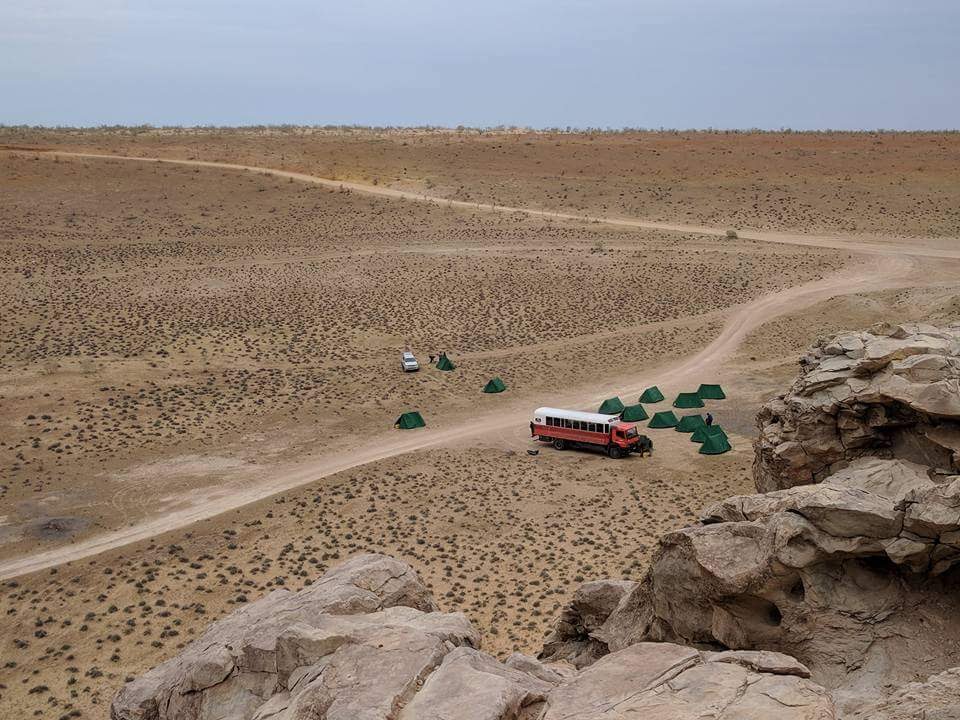 Some fun things we found out about Turkmenistan 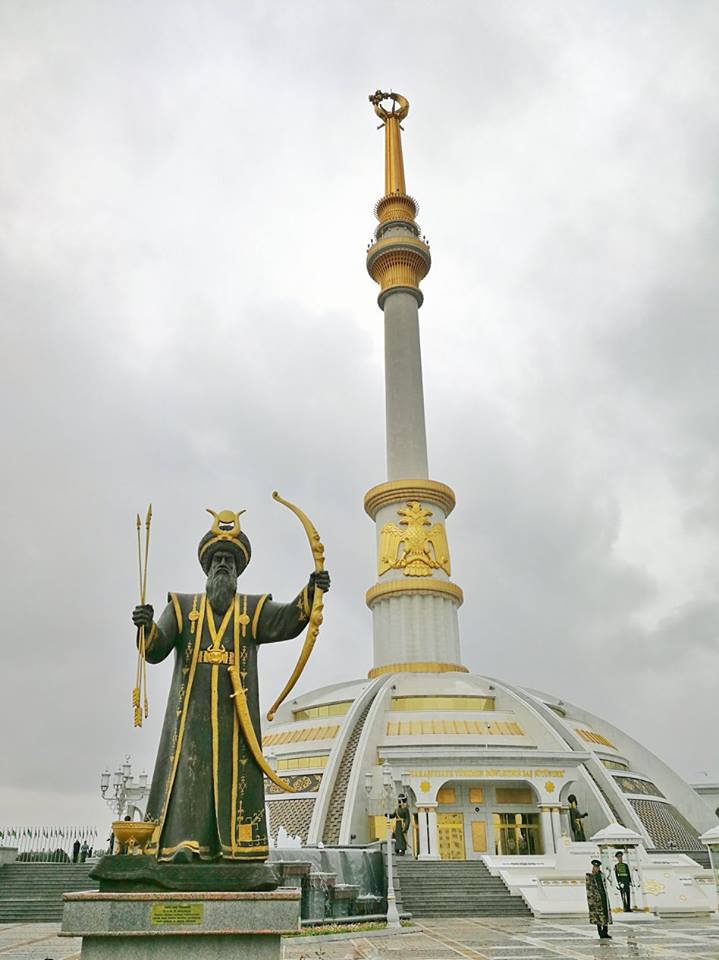 So, why did we go to Turkmenistan? To see the Door to Hell. AKA Darvaza Gas Crater. The only way for anyone to understand how incredible it is, is to go see it. It’s this massive burning pit the size of a football field in the middle of the desert. The Russians were drilling for oil, hit a natural gas reserve, casually lit it on fire (‘this’ll be right to go again in the morning’), and 50 odd years later it’s still burning! 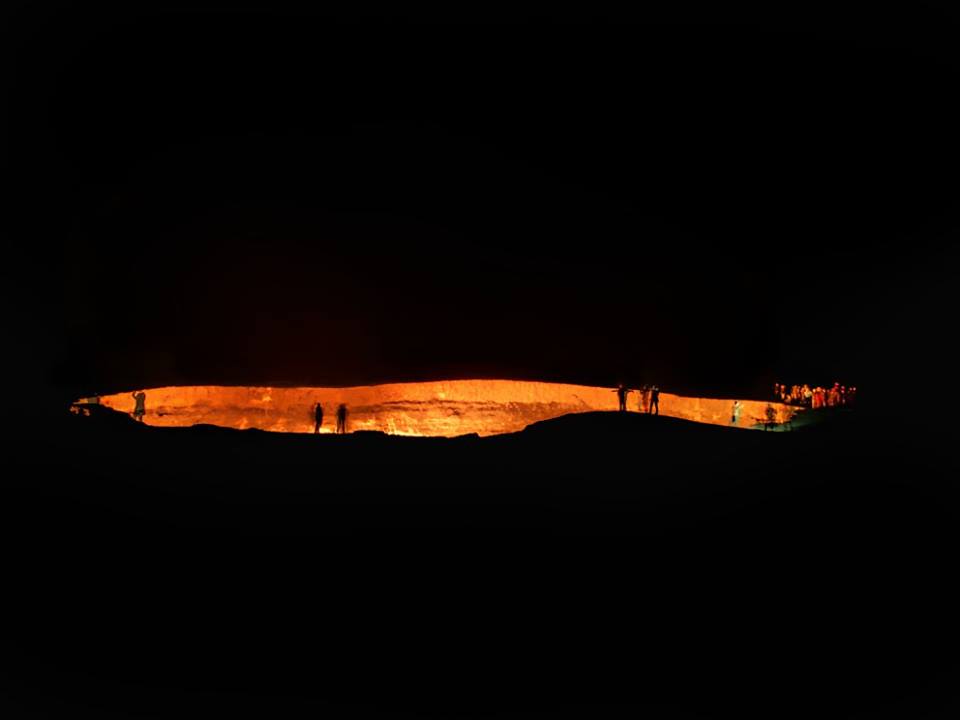 As soon as we crossed the border into Uzbekistan it was instantly apparent that we were in a different country. Firstly, there were people. Did I mention there’s none of them in Turkmenistan? Except for the guy I saw sweeping the desert, job satisfaction level: 0. But beyond that, there was colour, sound, and countless locals waving at our giant orange truck. Find out more about Uzbekistan in the next post! 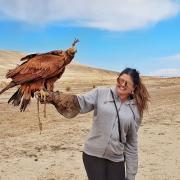 Claudia loves getting off the beaten track and experiencing the weird and wonderful. She is an expert at sustaining embarrassing injuries and making travel playlists. When she is at home she enjoys hanging out with her bird named Bird and excessively online shopping. @bs_adventure 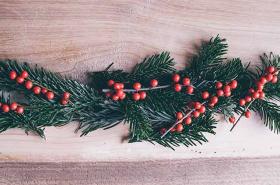 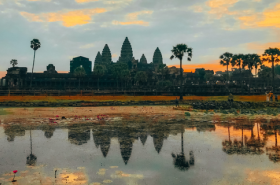 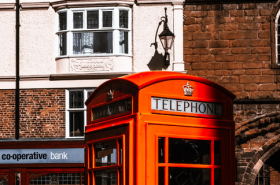 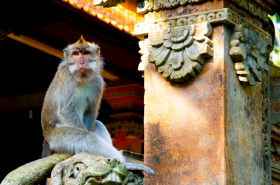