12th February 2019
Our Aussie battler currency has been under a bit of pressure over the last week, primarily due to a shift in the sentiment of the Reserve Bank of Australia (RBA). Compared to this time last week, the AUD is down against all major currencies except the GBP (more on that later). As it stands, one Aussie dollar will buy you:
0.6871 US dollars
74.5767 Japanese yen
0.6006 euros
0.5381 Great British pound
0.8833 Canadian dollars
1.0128 New Zealand dollars
If you’re travelling soon and are worried about how much bang you’ll get for your travel money buck, simply add Rate Guard to your transaction in store. It’s free, and if the rate improves within 14 days we will refund you the difference*.
After the RBA’s commentary surrounding future Aussie interest rate cuts last week, NAB has today changed their interest rate forecasts.
Whilst the bank hasn’t joined the rate cut gang, it has "removed the expectation for a rate rise in late 2020" and says "while our central case is for the cash rate to remain on hold, based on the balance of risks, the next move could well be down - potentially as soon as H2 2019". In other words, in the second half of the year, NAB believes the RBA may cut rates.
Lower interest rates are definitely not music to the ears of Aussies planning an overseas holiday this year, as they put significant downward pressure on the value of our currency. Having said that, as the market has already priced in these cuts, if they don’t eventuate then it might be a positive for the AUD.

Unsurprisingly, the UK is in the same position as it has been for the last few months. With Brexit less than 50 days away:
PM May is scheduled to give an update to the UK parliament on Tuesday (Wednesday Australia time). After this update, Parliament will debate and draft amendments in the hope that MPs will have more say over Brexit.
A vote on these amendments is then scheduled for Thursday the 14th of February. This isn’t a ‘meaningful vote’ though, so it’s not final. A vote in the final agreement won’t happen until the end of February... with Brexit taking place on March 29. Talk about leaving your assignment to the last minute.
Theresa May has been accused of delaying Brexit proceedings altogether in hope that MPs will have no choice but to vote for her deal or face a complete no deal.
To add to the stress, Britain is seeing its worst economic data since 2012. In the last quarter of 2018, economic growth slowed to 0.02%. In addition to this, business investment continues to fall. In other words, Brexit is causing the UK economy to shrink.
All of this is contributing some pretty hefty downward pressure on the value of the GBP.  Long story short, the AUD might not be performing too well at the moment, but we are doing slightly better than the poor old pound.
Who would've thought that failing to make a decision after two years would be bad for the economy and currency.  ¯\_(ツ)_/¯
All I can say is Godspeed, Britain. With a strong emphasis on the speed bit.

The US Government’s (re)shutdown Friday deadline looms large, with talks over border wall funding breaking down and jeopardising a potential deal. Without a deal, nine federal departments and related agencies will shut down once again, not long after the record-breaking 35-day shutdown we saw earlier this year.
It is hoped government officials will reach an agreement sooner rather than later, so that the legislation has time to pass through the House of Representatives, the Senate and President Trump before Friday.
Only time will tell if they will reach a deal, and what a deal could potentially look like. Either way, you can bet Trump won’t be happy unless he gets funding for his wall along the US/Mexico border.
Despite this uncertainty, the USD is performing well against all major currencies, including the AUD. Last week’s 2.2% decline in the value of the AUD against the USD was the largest since early October 2018.
Government shutdown aside, another deadline is fast approaching for President Trump. As it stands, March 1 2019 is the deadline for the US and China to reach an agreement regarding their current trade war. Should no agreement be reached, the US will more than double the current tariffs of US$200 billion worth of Chinese exports into the USA.
On Monday, US Treasury Secretary Steven Mnuchin and Trade Representative Robert Lighthizer travelled to Beijing for high-level trade talks. These talks, held between the world’s two largest economies, will take place on February 14 and 15.
These meetings are incredibly important, as it now seems unlikely that Trump and China President Xi Jinping will meet before the 1 March deadline.
As an Aussie traveller, it’s well worth the effort of keeping up with these talks. Should they fail, the increased tariffs will have significant negative flow-on effects to the Australian economy and the value of the AUD. 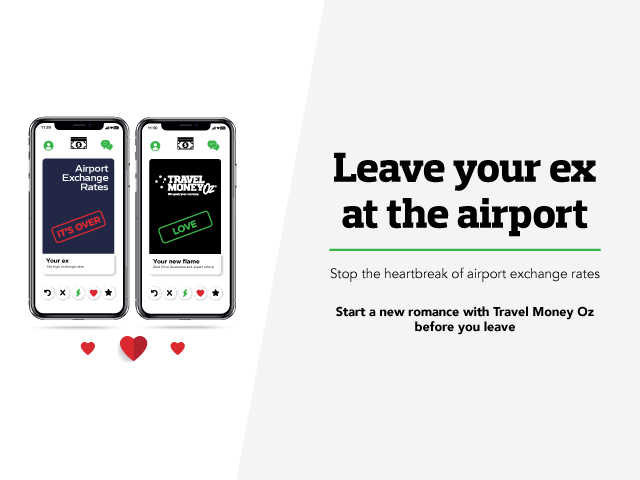 This blog is provided for information only and does not take into consideration your objectives, financial situation or needs.  You should consider whether the information and suggestions contained in any blog entry are appropriate for you, having regard to your own objectives, financial situation and needs.  While we take reasonable care in providing the blog, we give no warranties or representations that it is complete or accurate, or is appropriate for you.  We are not liable for any loss caused, whether due to negligence or otherwise, arising from use of, or reliance on, the information and/or suggestions contained in this blog.
All rates are quoted from the Travel Money Oz website, and are valid as of 12 February 2019
*Terms and conditions apply to Rate Guard. See https://www.travelmoneyoz.com/rate-guard for more information.

Travel Hacks: Save Thaim and Money in Koh Samui