AUD News: Aussie Dollar struggles to get reprieve as tensions in Asia increase

After the whiplash-inducing week that just was, the Aussie Dollar has been hit with some further bad prospects. It's safe to say that our AUD is in the ring, white flag raised, and our opponent is still going in for the kill. Sigh. With this in mind, one Aussie Dollar will get you:

So, why is our little Aussie battler still under the pump? In all honesty, it's the same critical factors as the last few months: US/China trade relations, US economic activity, Brexit and a souring domestic economic outlook. All of these elements are amalgamating into an unholy storm that is pointing towards a global economic slowdown. Here are the latest developments.

In early June, many citizens of Hong Kong began protesting in response to proposed legislation that would allow for extradition to mainland China. Protestors feared the law would allow Chinese officials to detain anyone deemed as a threat. This bill has been postponed as a result of the public outcry. However, protests have continued as citizens use them as a platform to voice concerns against police brutality and Beijing's increasing influence Hong Kong politics. Many believe the independence Hong Kong has from China is currently under threat.

These protests escalated on Monday when thousands of demonstrators organised a 'sit-in' protest at Hong Kong's main airport, causing hundreds of flights to be delayed or cancelled. The Chinese government has warned that ongoing unrest may well push Hong Kong into recession.

While these events haven't had a direct effect on the value of the Aussie Dollar, they are contributing to growing global concerns and pressure on the state of the worldwide economy. This, in turn, impacts the Aussie dollar due to its nature as a 'risk-on' currency. In other words, people are more likely to invest in the AUD and thus increase its value when they feel confident in the current state of the economy. That is not the case at the moment, and rising global tensions will not improve the situation.

This tension comes on top of the current disaster that is the trade talks between the US and China. Both parties continue to strike blows, threatening increased tariffs, before their next meeting in September. If the past few months have been anything to go off, we suggest you sit tight and pray Trump doesn't get too aggressive on the old Twitter account.

Recent figures show that the US budget deficit for the first ten months of 2019 is higher than that of all of 2018. The gap between government expenditure and income has increased 27% on 2018 figures, totalling $867 billion US. Ouch. That's a credit card bill that would bring on some cold sweats.

If the US economy were in good shape, policymakers would have an opportunity to reduce this deficit. However, recent legislation proposed by Trump will have the opposite effect and potentially push the US into even higher debt.

Once again, this is not a good sign for the global economy. Are you stressed? I'm stressed.

In terms of currency, the USD continues to clock gains against the AUD, primarily driven by falling commodity prices. It turns out an enormous pile of ever-growing debt has nothing on the decreasing price of commodities for a resource-rich, export-reliant country like Australia.

Currently, Aussie interest rates sit at 1% amidst an economy that is struggling to get off the couch and get moving. The Reserve Bank of Australia (RBA) has been monitoring this for some time and governor, Phillip Lowe, has recently come out saying they may be forced to try some 'unconventional methods' to get it up and moving.

One of these methods would be zero or sub-zero interest rates, an unprecedented move in Australian history.

So why would they push interest rates sub-zero and what would it look like?

Lowering interest rates encourages individuals to spend more and stimulate the economy, which is what we need to get it moving again. Zero or sub-zero rates would not only mean people could be paid to borrow money from banks, but could also be charged to save money in a bank account. Here's an example. Let's say interest rates got cut to -1%.

An interesting prospect, as individuals are encouraged to borrow and spend money as opposed to saving it for a rainy day.

A move like this wouldn't be ideal for the Aussie dollar though, as negative interest rates generally weaken the countries currency. While this is good for the greater economy as it will boost exports and encourage domestic spending, it is pretty rough for Aussie travellers seeking a higher return on their exchange.

All of this is theory though and has recorded varied results across the different countries that have tried it. I don't think we need to stress about it just yet, as there is a still a long way to go before measures as drastic as negative interest rates are required. It is worth keeping on the radar though, especially if you are planning an overseas holiday in a year when such measures may be more likely if the Australian economy doesn't see improvement.

Overnight there were reports that British Lawmakers were drawing up plans that would force Prime Minister Boris Johnson to seek yet another extension to Brexit. This caused a small increase for the GBP's value, with markets drawing confidence from anything that points away from the UK crashing out of the EU with a no-deal. Said lift was minimal though, as Brexit tensions continue to cloud any confidence investors have in the pound.

The current Brexit deadline is still over two months away, so one can only expect plenty more shenanigans in the UK as MP's battle it out over Brexit. 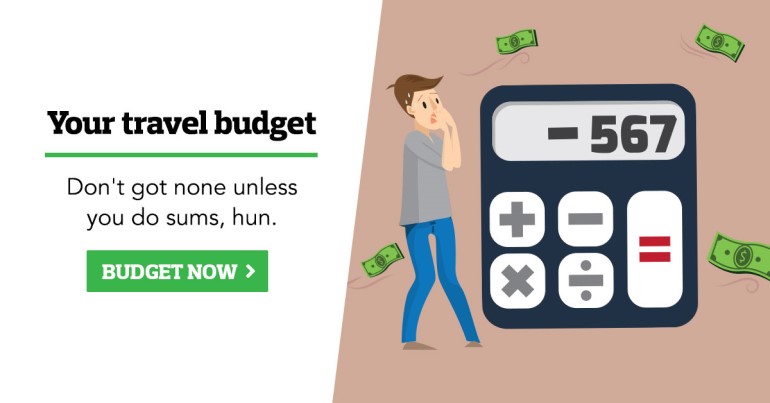 This blog is provided for information only and does not take into consideration your objectives, financial situation or needs. You should consider whether the information and suggestions contained in any blog entry are appropriate for you, having regard to your own objectives, financial situation and needs. While we take reasonable care in providing the blog, we give no warranties or representations that it is complete or accurate, or is appropriate for you. We are not liable for any loss caused, whether due to negligence or otherwise, arising from the use of, or reliance on, the information and/or suggestions contained in this blog. All rates are quoted from the Travel Money Oz website and are valid as of 13 August 2019.*Terms and conditions apply to Rate Guard. Seehttps://www.travelmoneyoz.com/rate-guard for more information. *Be in to WIN with the Travel Money Club. For full terms and conditions click here.

AUD News: AUD back on the rise after week to forget