15th March 2019
The major events affecting currency markets this week revolved around the neverending story that is Brexit. Aside from that, our Aussie Dollar has bumbled along with no major news able to push it out of a fairly narrow trading range. As it stands, one AUD will buy you:
0.6872 US dollars
75.4764 Japanese yen
0.5993 euros
0.5129 Great British pound
0.8855 Canadian dollars
0.9996 New Zealand dollars
0.9032 Singapore dollars 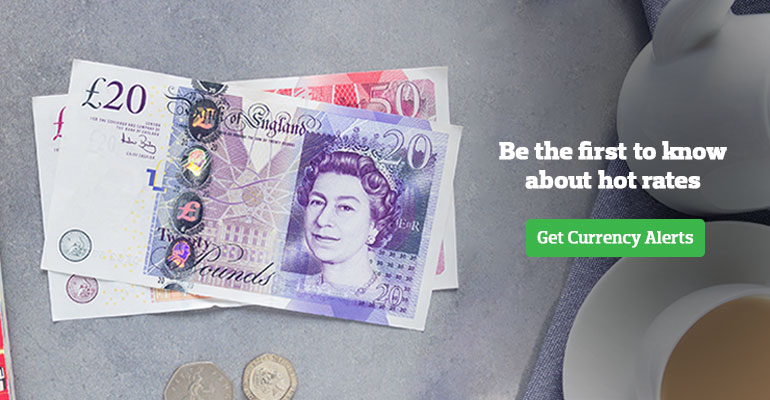 The AUD/USD cross has remained in a relatively tight trading range this week. The US inflation data came in slightly weaker which supported the value of the AUD (slightly less confidence in the US economy put upward pressure on the Aussie Dollar).
US core consumer price index (CPI) inflation (excluding food & energy) missed expectations in February. Core inflation reduced to an annual pace of 2.1% (consensus was 2.2%), this was down from 2.2% the previous month. Core inflation has been trending down since July 2018’s reading of 2.4%.
In addition to this, there is a 34% chance of an interest rate cut by January 2020 in the US. This is a very different outlook to last year when the US Federal Open Market Committee (FOMC or Fed) were trying to give the market the impression that rates were going to be higher in 2019.
What does all of this mean for the Aussie Dollar?
Inflation informs interest rates, and interest rates have a major effect on the value of countries currency. Should the Fed cut US interest rates, this will put downward pressure on the value of the USD and, in turn, upward pressure on the value of the AUD. Investors will move their funds to a country that provides a greater return. More investment = more demand = higher value of the currency.
In other news out of the US, their trade negotiations with China are continuing, however, there is nothing of real note occurring that we haven’t mentioned before. Trump doesn’t seem in any rush to sign a deal, nor do the Chinese. There’s plenty of optimism one day and then none the next. It’s still highly likely that both countries will reach a deal, it just might be slightly more delayed than originally hoped.
Back in Australia, this week the consumer confidence index was released. As widely expected, it was not a great number - down 4% from a year earlier to 98.8 points. This shows that the Australian consumer is pretty cautious amidst the current property downturn and low wage growth.
These domestic factors coupled with slowing global growth and the trade war mentioned above are affecting Australia's major export markets. Conditions like this are not pushing Aussie’s out into stores to spend.
One currency that has not been particularly steady this week against the AUD was the Great British pound. You could compare its movements to one of those spew inducing rides that throw you up and down rapidly, without any real consideration for the riders enjoyment.
Whilst we can’t reduce that sick feeling you get after said ride, we can give you some peace of mind with currency movements. Simply add Rate Guard to your purchase in store. If the exchange rate shoots up within 14 days of purchase we will refund you the difference*. The best bit? It’s free!
So what exactly happened with Brexit to cause such rapid changes in the exchange rate? Look, if we are being honest it was a lot of meetings that resulted in British MP’s, and the rest of the world, still having no idea what is going on with Brexit. We’ve tried to summarise it as much as possible below:

Keep in mind that the votes happened in UK time which is overnight for Aussies. The fall in value we saw on the 13th (Wednesday) would have left you taking £18.40 less pounds when exchanging $2000AUD, compared to the day before.
After three days of votes, we are only slightly closer to knowing what is happening with Brexit. Thankfully a no-deal has been ruled out. This is not only good for the UK but also Australia, as we would have felt the negative flow-on effects. Whilst the UK has agreed to extend Brexit, they still need to get all other 27 nations in the European Union to unanimously approve it.
Long story short: there were three votes where lawmakers decided to rule out a no deal and extend a process that has been going for 2 weeks. So, much of the same really.
If you’re heading to the UK soon, we recommend checking out our article on how Brexit may affect your travels. It seems like it won’t be going away any time soon.

This blog is provided for information only and does not take into consideration your objectives, financial situation or needs.  You should consider whether the information and suggestions contained in any blog entry are appropriate for you, having regard to your own objectives, financial situation and needs.  While we take reasonable care in providing the blog, we give no warranties or representations that it is complete or accurate, or is appropriate for you.  We are not liable for any loss caused, whether due to negligence or otherwise, arising from use of, or reliance on, the information and/or suggestions contained in this blog.
All rates are quoted from the Travel Money Oz website, and are valid as of 15 March 2019.
*Terms and conditions apply to Rate Guard. See https://www.travelmoneyoz.com/rate-guard for more information.