How Much Money Do I Need to Travel to South Korea?

In the last few years, South Korea has made a name for itself as a travel hotspot. Its unique cultural fusion of ancient customs and modern trends makes for an incredible tourist destination. Whether you are travelling to see the latest K-pop sensation, eat delicious food, peer across the border into North Korea or hike through breathtaking terrain, South Korea has something for every traveller.

One of the trickiest parts about planning a holiday to South Korea is organising a travel budget and deciphering the Aussie dollar to South Korean won exchange rate. Luckily for you, the team at Travel Money Oz have put together a nifty travel budget planner that combines Numbeo data with the latest exchange rate to give you the most up to date idea of how much your trip will cost.

Before we Gangnam style our way to the budget planner, let's take a look at what is included in a South Korean travel budget.

What goes into a budget for South Korea?

Flights to Seoul are surprisingly affordable, and you can expect to pay anywhere from $400 (ripper deal) to $1500 (a bit more pricey). If you are travelling to Europe, consider flying with Korean Air as they will often give you a free overnight stopover in Seoul.

Once you arrive in South Korea, you have a few different transport options. The country itself isn't that big, with Seoul only a four-hour train ride from the farthest city. When it comes to inter-city transport, you have a few options:

When it comes to inner-city transport, public transport is the way to go. Seoul alone has more than 20 subway and extension lines in addition to hundreds of bus routes. Expect to pay about 1,250 KRW per ride, and grab a T-Money transit card to make your life easier. You can also grab a taxi, just bear in mind that traffic can get pretty cray-cray, so travel time might be longer than public transport. Taxi metres start at 3,800 KRW and go up from there.

Bigger cities like Seoul and Busan, offer all of the expected accommodation options including hotels, motels, hostels, guesthouses and Airbnb's. Accommodation in the city can be expensive, especially during holidays like Chuseok (generally in September) and Korean New Year (late January/early Feb depending on lunar calendar). If you're staying in an Airbnb, don't be surprised if your bathroom doesn't have a separate shower or bath stall; instead, everything in the bathroom is all together, leading to a very wet floor after bathing. Keep in mind that traditional Korean style properties may only have sleeping mats on the floor as opposed to western-style beds. As you can imagine, Western-style luxuries will always come at more of a cost.

If looking at guesthouses, you may come across a few different options:

If you plan on getting back to nature by camping or hiking, most national parks have campsite facilities that are either free or under 5,000 KRW per night.

Finally, if you're keen on a traditional accommodation experience, look for temples or Hanoks. You can organise temple stays for around 50,000 KRW per night that offer meditation, tea ceremonies and a few meals. Hanoks are traditional Korean buildings found in smaller villages and dedicated city districts. Quite often a tea ceremony is included in your accommodation cost.

Korea has incredible cuisine that ranges from Michelin star meals to street food stands, kitsch cafes and unusual supermarket snacks. Travellers of all budgets will find something to satisfy their cravings; however, we recommend giving these dishes a try while you're there:

Don't forget to go crazy with kimchi, which can be found pretty much everywhere. It's also worth noting that meals at 7/11 are very affordable and delicious. Finally, drinking is a big part of South Korean culture, with plenty of beers, cocktails and Soju to go around. Better yet, drinks are incredibly cheap to buy from supermarkets and drinking on the streets is legal.

You won't be left struggling to find something to do in South Korea. Here are some of our top picks:

Day tours and entry to landmarks will vary in cost, so do some research and plan accordingly. Otherwise, it is completely free to walk the streets and soak up the incredible vibes and culture.

Aussie's can get a visa on arrival for stays of up to 90 days. It's also worth checking with your doctor to see if you need any vaccinations before your trip.

We also recommend every traveller invests in travel insurance before their trip, regardless of where they are travelling.

How much does a trip to South Korea cost?

Enter your destination (South Korea)
Let us know how long you'll be away
Choose your currency. In this case, it will either be AUD or KRW.
Oppa Gangnam style! You've officially started your holiday budget.

Are you planning on eating out for every meal or grabbing a few snacks and ingredients to cook from the supermarket? Here you need to estimate how much you plan to spend on food. Remember to put yourself in a holiday mindset - you're probably gonna opt for some fresh Bibimbap over a muesli bar from the supermarket.

In this section, estimate how much you plan on shopping while in South Korea. It's worth remembering that Seoul is a huge shopping destination, with plenty of malls, underground markets, department stores and high-end boutiques – not to mention one of the biggest shopping malls in the world. The international airport is a shopping mecca in itself. Whether you're after the latest Korean beauty trends, tech or clothing, you'll be able to find it (and spend up big) in Seoul.

This is for all of your transport outside of flights and cross-country travel. For the most part, it will be the subway or buses, so try and estimate how many trips you will take a day.

The hard work is done! Here you'll find a simple layout of your planned expenses in both Australian dollars and South Korean won. From here you can either go back and edit, or start saving for your holiday!

It's important to note here that this only accounts for your most basic expenses. You'll need to add in travel insurance and other daily expenses. It's also worth having a bit of wiggle room in the kitty for unexpected costs, like a last-minute hotel upgrade or a ticket to the latest K-Pop sensation.

Here are some examples of what the bones of your travel budget would look like. Please note all of these examples are based on seven nights of accommodation and are quoted in Aussie dollars. Prices will, of course, vary with seasonality and availability.

This couple is living the high life in Seoul for a week. Think plenty of shopping, Michelin star meals and luxury accommodation.

Mum, Dad and the two kids plan on immersing themselves in everything South Korea has to offer: ancient customs, K-pop, new food and scenic hikes.

This lucky vagabond is about to embark on a week exploring Seoul and its surroundings.

Flight costs are based on search from www.flightcentre.com.au and are indicative costs only for travel dates 4 - 11 August 2020. Prices were sourced on February 22nd 2020^. Accommodation costs are based on an average per night price for budget, moderate or luxury hotels, as indicated in the table. ~Food based on the average cost of 1 coffee, 1 fast food meal and 1restaurant meal per person, per day. COST COMPARISON TABLE: All costs are based on estimated approximate costs from major metropolitan cities. "From" costs indicate costs that start from the indicated price and may be higher than shown. Average prices indicate a typical estimated cost you would pay for the indicated item. Prices may vary from time to time, and in different cities and towns within South Korea. This blog is provided for information only and does not take into consideration your objectives, financial situation or needs. You should consider whether the information and suggestions contained in any blog entry are appropriate for you, having regard to your own objectives, financial situation and needs. While we take reasonable care in providing the blog, we give no warranties or representations that it is complete or accurate, or is appropriate for you. We are not liable for any loss caused, whether due to negligence or otherwise, arising from use of, or reliance on, the information and/or suggestions contained in this blog.

Where to travel when Mercury is in Retrograde 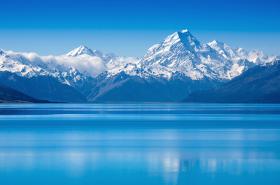 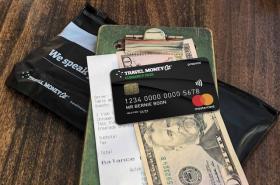 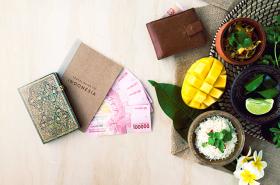 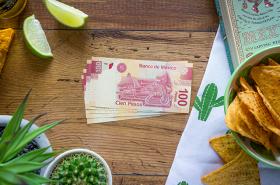